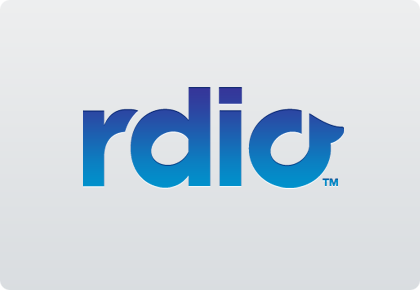 The days of Napster represented for many, a time of ‘musical discovery’. Never before in the history of music had it ever been so easy to find out about new bands & artists that matched your musical tastes. The tape sharing era of the early 80s – partly pioneered, ironically, by heavy metal icons Metallica, who brought on the demise of Napster – didn’t even come close to offering music-lovers what Napster did. Tape sharing was a very slow process, which only exposed you to bands, all of which were likely in a very small musical niche. Napster, with the help of users with those great T3 modems, allowed you to download a song in a matter of a couple of seconds. It wasn’t uncommon to discover you ‘musical soulmate’ on Napster and spend a couple days downloading all sorts of songs from them.
Napster seemed to engrain it into a generation that music was free. But Metallica and the rest of the music industry didn’t seem to like that idea, and the ensuing lawsuits marked the end of Napster as we knew it. iTunes came along and was definitely a big hit, but a lot of people still didn’t like the idea of paying $1 for every song they wanted to listen to. For those of us who had thousands of songs from Napster, forking thousands of dollars over to Apple didn’t seem too appealing. But with the rise and spread of high speed internet came the introduction of music streaming services. There’s many of them out there, offering different features, at different price points. But we’ve scoured the globe for you (or at least the part of the globe occupied by Canada) to find the best music streaming service out there – Rdio.

Rdio is basically the modern-day, legal, Napster on steroids. And of course, it’s legal because it’s not free. (Come on people, we all knew Napster was too good to be true.) Rdio offers users a library of 20,000,000+ songs, (that’s a lot of songs) which is constantly growing. Included in their library are many not-so-well-known, niche artists, that one wouldn’t necessarily expect to see. With their $10/month subscription, users have unlimited access to the library on their computer, phone & tablet. When you hear the phrase ‘music streaming service’, the thought is that you’re streaming this music online, but the great thing about a service like Rdio is having the ability to sync the music of your choosing to your mobile devices which allows you to access the music when you’re offline. 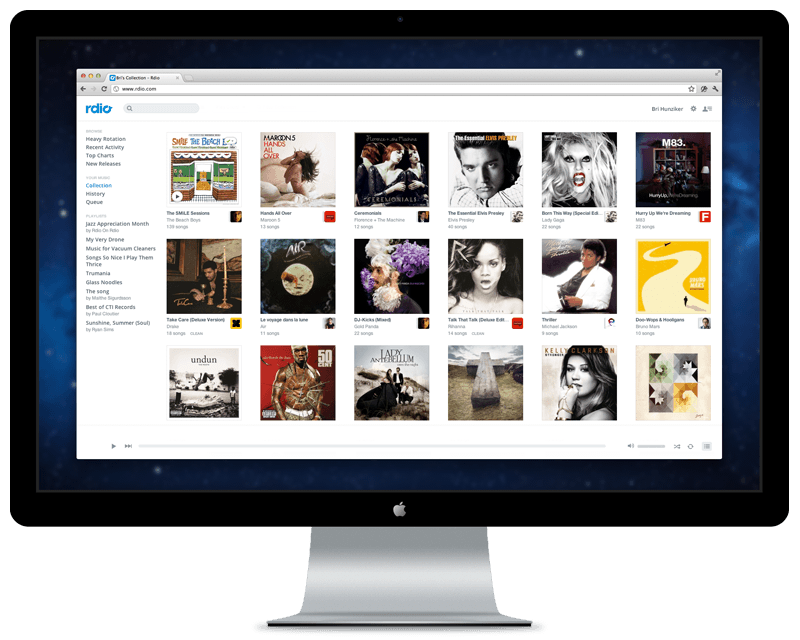 With Napster, arguably the greatest feature was the ability to discover new music. I’ve found the ability to discover (and re-discover) music is comparable, if not greater, than what it was like with Napster. The music discovery process on Rdio is different on the desktop/laptop & mobile versions of the platform. The feature that they seem to offer up as the primary music discovery tool is their ‘Heavy Rotation’ feature. It’s designed to show you music based on what you listen to and who you’re ‘following’, but unless you’re ‘following’ other Rdio users, this feature doesn’t seem to work, rather, it just seems to show what’s popular. The feature that is quite good at music discovery is their ‘Play Station’ feature, which gives you suggestions based on the artist that you’re currently listening to. It’s not necessarily meant for music discovery, but rather as a ‘station’ that you can play, or shuffle. Rdio doesn’t actually give you a big long list through this feature – just 4 or 5 artists/songs.

On the desktop/laptop version there are additional music discovery features not available on the mobile version. When you go to one of the ‘artist pages’ Rdio gives you a list of 10 or so related artists. For me, this is the music re-discovery tool. When you’re on one of the ‘album’ or ‘track’ pages, you’re given a list of Rdio users who have listened to the given song/album. You can then click on their profile and peruse their collection.

– You’re not downloading these songs, so in theory, if Rdio goes the way of the dodo bird (or if you cancel your subscription), you can say bye bye to that collection that you spent so long curating
– It’s not a complete library of songs. Some notable artists that are missing include Metallica, Led Zeppelin and The Beatles
– The ‘New Releases’ section is not tailored to your musical tastes
– No ability to sort through/search music by genre

Overall, we highly recommend Rdio. The price of $10/month seems like an incredibly small price to pay considering all of the music that you have access to.

Get in touch with us